Memory of International Fashion Parade in Muscat, Oman in 1991, showing my Ikat in the Gulf 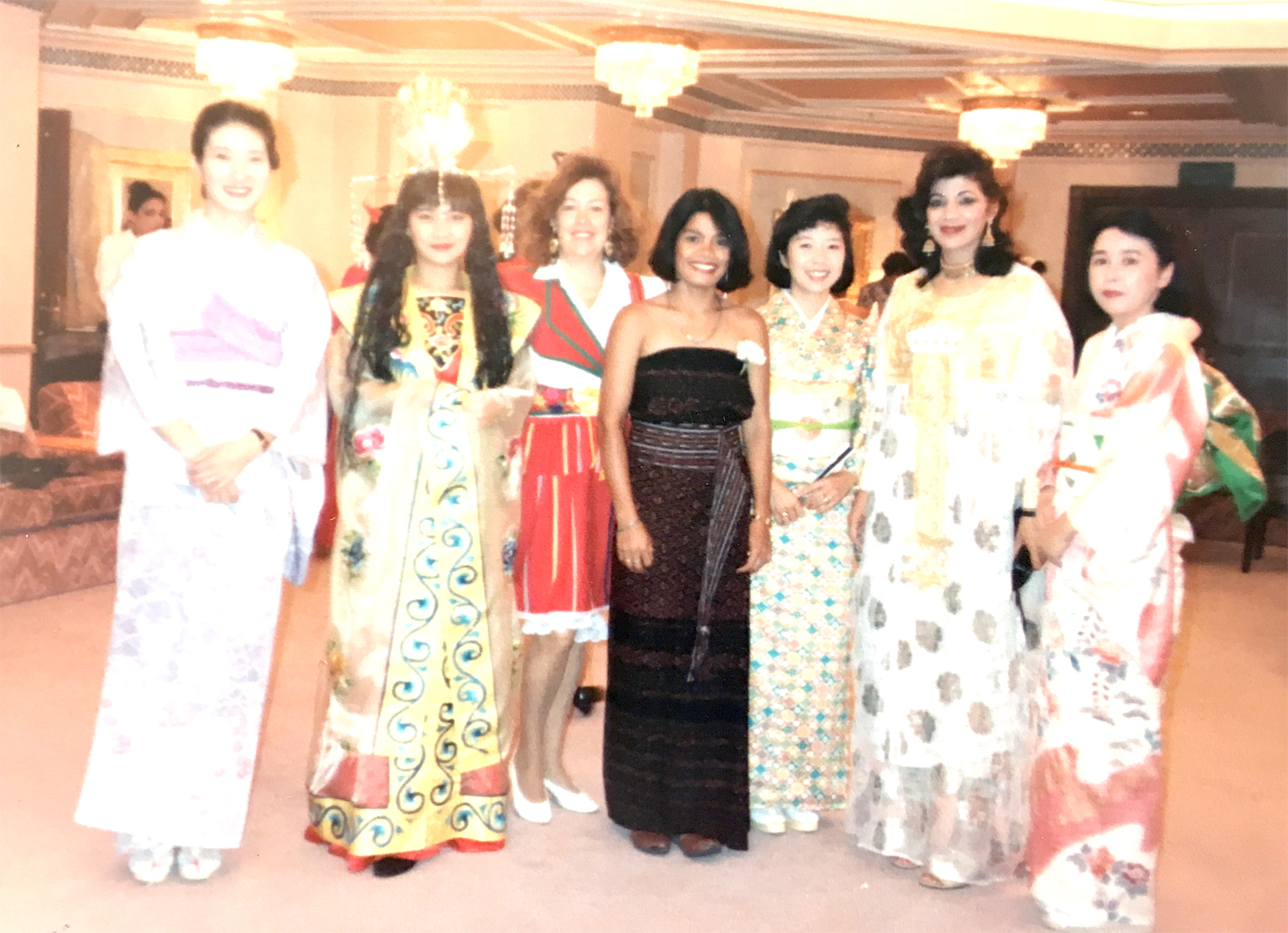 The thing you find when digging up old photos in the computer, I found this photo, the only photo I have from an international fashion parade event organised by a very good friend of mine, a Colombian fashion designer I met in Muscat, Oman in early 90s. She and her German husband were living in Muscat, The Sultanate of Oman, during the time we were also lived there. Adriana was a fashion designer and created several fashion events in Muscat during our stay. We were in Muscat from December 1989 – to June 1993.

I met Andriana at a mother and toddler group at the Petroleum Development Oman (PDO) where we were both members. We used to meet up fairly regularly either in our houses or just hang out by the pool or the garden of The Intercontinental Hotel with the children. One day she asked me if I would be willing to participate in an International fashion parade she created showing at the Al Bustan Palace Hotel and I immediately got excited about this invitation. The theme was an international traditional costume. When I got home, I quickly realised that I didn’t have any spectacular Indonesian costume with me, though I like textiles, I very rarely wear ikat on its own as a costume, but I wasn’t going to give up. I do always keep some Ulos in the wardrobe wherever I live, but my best Ulos which was given to me by my grandma was then used as a wall hanging in my sitting room. My mind got immediately attracted to my husband Kelimutu Sarong collection, he had only two. I asked him if I could wear one of them to this event and I was thrilled that he let me.

Hilariously, though Nick (my husband) had been to Flores when he was young, I never had the opportunity to visit the place, so I had no idea how the sarong was worn by the people there, so I had to come up with some kind of style of my own. I wore the Kelimutu sarong as a dress sarong (see image), and I wore my little Ulos Batak Mangiring shoulder cloth as a belt. Then I wore a small flower a tiara-like wreath on my head, like the style we normally see in Hawaii, but I must have taken it off during the photo session.  Everyone loved the ikat textiles I wore that day and people were asking me where I got them from curiously. This event had actually given me some extra pride about Indonesian textiles and had encouraged me to become a committed Indonesian textile enthusiast from then on.

The Ende Sarong, I wore at the fashion Parade, is, in fact, a beautiful Morinda natural colour, but the quality of the photo I have from that event is so bad, it doesn’t do this lovely sarong any justice. The Ulos mangiring (the shoulder cloth) is the ulos below. I often wear this as a scarf during Indonesian event in London.