YOU THINK THIS IS A MUSEUM QUALITY PIECE?? YOU ARE KIDDING ME!!! 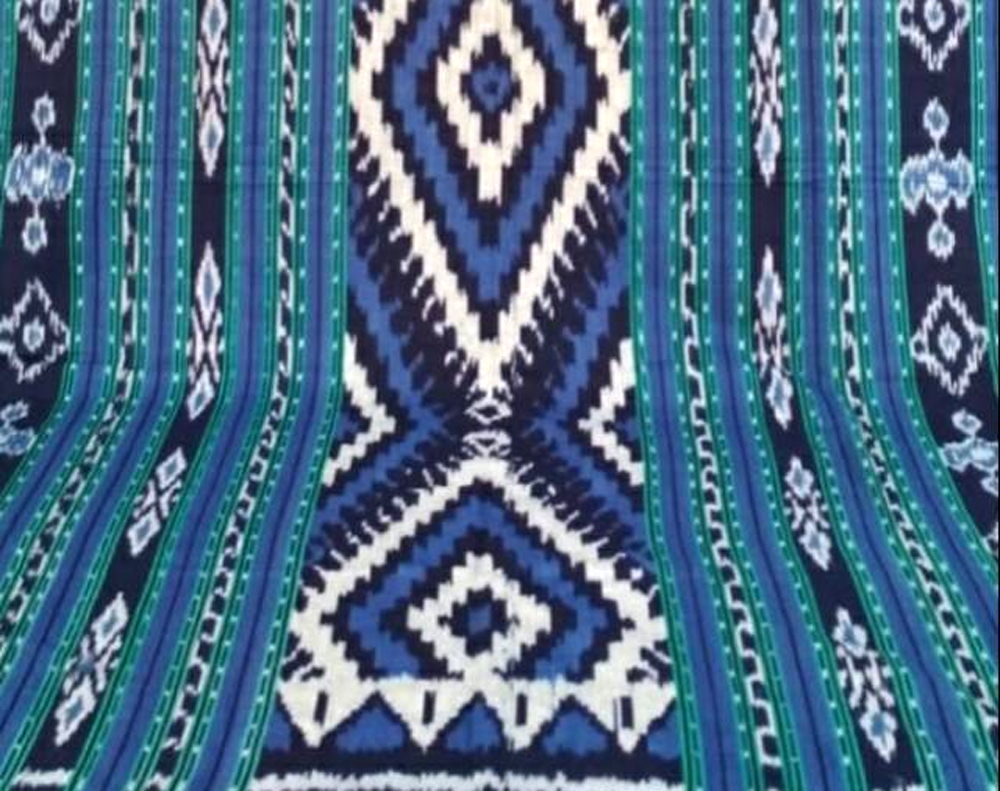 It aches my heart when I find a textile sold online with false information, cheating potential buyers with misleading details. The victims are usually textile lovers who have not many clues about the origin of certain textiles and who are desperate to add something valuable to their collections. An image of a Troso textile was sent to me yesterday and was being traded on the Internet for nearly US $150, with cheating details as follows ” This is a mid-20th century Sumba Indonesian cotton ikat textile. The weave is of mid-fineness” …. Oops!!

The motifs were not even Sumba, they were actually copied from Central Timor Ikat motifs, mixed with other motifs, transferred on to cheap cotton yarns, and woven using shaft loom in Troso, Central Java. This image was actually sent to me by someone who was so interested to buy it, but curious with the details and the frills.

Do you know that there are so many sad souls out there, preying on the vulnerable kind textile collectors, telling lies in order to gain profit? They may have purchased it for $10 in Bali or Java, but trying to make a good profit by lying about their origin or their condition.

Nobody is denying that Troso ikat textiles are made by hand and of course operated by their feet too, in other words, they are made by Shaft loom, usually operated by strong men, as the shaft loom is fairly heavy. Indeed, Troso ikat is prepared using Ikat method. They may have transferred the motifs onto the yarn using a printing method (not hand-drawn as they do by the traditional textile artisans), but the dying proses are using tie resist method, much like the traditional one. However, they can do mass- production of this ikat according to buyers’ demand.

In Indonesia is like a real “Civil Textile War” between the traditional weavers in weaving villages across the archipelago, and the shaft weavers of Central Java. The reason for this war (well…. let’s call it massive clashes), it is because the Troso weavers can produce/will produce any patterns of any traditional textiles from around Indonesia (no respect for the culture behind them), copied on to cheap cotton or any other yarn, make them look like the real traditional textile. Sometimes, they can put several traditional motifs on the same textile, for example, Sumba motif mixed with Timor motifs, and call it Sumba, or whatever they fancy.

I suppose the story of Troso textile is a bit like trying to own a real “CHANEL” hand-bag, so expensive to buy, so there are markets for the fake channels, made from leather, label exactly the same, sometimes hard to spot the difference. You can get these copies in unregulated market places around the globe.

As a lover of traditional textile who works closely with the weavers from around Indonesia, I do feel very sad for the traditional weavers. There is a huge challenge for them to compete with the Troso weavers. On the other hand, I am still grateful that the copies of our textiles are still produced in Indonesia, by Indonesian artisans who also need to survive. I will be crying like crazy if one day, the Chinese start laying their hands on our textiles, just like they do with fake designer items from around the globe.

Now.. I wonder how those designers feel about their items being copied and sold as the real McCoy when they are actually fake ones!! I would be gutted if that happens to my designs!! So, it is really up to us, to choose and learn.

Sorry for this long share, I have been wanting to share this story for years. I hope I haven’t bored you with it. I hope your Indonesian textile hunting experience will be an amazing one.